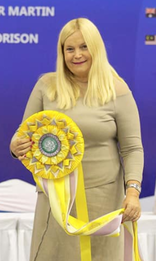 Elena Agafonova
She was born in Russia, in Moscow. She graduated from the Faculty of Biology of Moscow State University. PhD, MBA degree. Graduated cynological course of RKF-FCI breeding and dog show judging. She also was the breeder of Russian Borzoi, Italian Greyhound, French Bulldog and Central Asian Shepherd.
Now she lives and works in Italy, in Rome. She is married to Salvatore Tripoli, the Italian judge.
Since 2006 she is the owner of Italian Greyhound Kennel “Giardini dello Zar”. Elena is an experienced and responsible breeder. Dogs of her kennel are often became winners in all world.
Elena is all rounder judge ENCI -FCI, she lectures on dog breeding. She also the author of articles in some magazines in Russia and Italy.
Judged at international dog shows CAC/CACIB: Argentina, Australia, Belgium, Brazil, Greece, Cina, Cyprus, Denmark, Estonia, Finlandia, Japan, Latvia, Lithuania, India, Ireland, Italy, Malta, Mexico, New Zealand, Norway, Philippines, Portugal, Russia, San Marino, Spain, Sweden, UK.
Elena speaks in Russian, English, Italian and German. 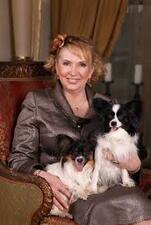 Vija Klucniece
My biggest dream in the childhood was – to become an owner of a dog. In 1967 I had my first white Giant Spitz Chico, who left me at the age of 15. Since 1981. I bred Klein Spitzes, uptill now in some pedigrees of our dogs I can find the rootes from my black bitch Wensy. But my biggest love is Chow Chow. This breed was not present in performed USSR and when I had got my black male from Poland in 1988. it was the first imported Chow Chow in Latvia. Nowdays I have Papillons, it was the destiny which takes this breed in my home and during last 8 years I enjoy my dogs and this breed at all. I bred some champions and international champions,but I am not very big breeder, because I have a lot of duties in our Latvian Cynology Federation.
From 1982 till 1990. I was the president of the Toy Breeds Club, from 1996. I had been elected as the president of Latvian Cynology Federation, I am the member of the Board in the Animal Protection Group. I had participated in all working groups arranged by the Ministry of Agriculture in Latvia about legislation for animals.
As a judge I judged in Latvia, Lithuania, Estonia, Sweden, Finland, Danmark, Norway, France, Luxembourg, Belgium, Germany, Netherlands, Portugal, Spain, Italy, Moldova, Bulgaria, Romania,Belaruss, Russia, Ukraine,Hungary, Norway, Poland, Slovenia, Slovakia, Czech Republik, Croatia, Australia, Mexico ,India, China, Brasil and everywhere I found beautifull dogs and exellent breeders. I had the great honour to judge in many section and World Shows. Fluent in Latvian, Russian, English, could understand Polish, Czech and German.
I have also other interests – music, travelling and spent my time with friends. I am married, have two sons and 4 grandchildren.

Mike Macbeth
A business journalist by profession, Mike Macbeth's passion is the world of purebred dogs. A second generation breeder of Dandie Dinmonts, she is founder and President of the Dandie Dinmont Terrier Club of Canada. A life member of the Canadian Kennel Club, Mike has also owned or bred Basset Hounds, Scottish Terriers, Westies and an Otterhound.
Mike was first approved by the Canadian Kennel Club to judge Terriers in 1979 and was granted all breed status in 1992. She has adjudicated at prestigious events throughout Europe, North and South America, Africa and the Antipodes, including Australia's Adelaide Royal four times.
A life member of the Canadian Kennel Club, she was presented with the 2013 Lifetime Achievement Award by the CDJA and honored by the Canadian Dog Judges Association for her 20th year as an all-breed Judge. She was voted one of Canada’s top 5 judges in a survey of Canadian exhibitors. In 2008 the renowned magazine Dog World (UK) Annual chose Glahms Dandie Dinmont Terriers as its "kennel of international importance".
Mike has lectured at Canada’s famous Guelph University’s Veterinary College, and has conducted seminars on many dog related subjects, including a featured presenter at the Canadian Dog Judges Association’s Annual Conferences. In a survey of Canadian dog exhibitors, Mike was voted one of Canada’s top 5 judges.
A third generation writer, it was inevitable that Mike would pursue a career in broadcasting and journalism. Mike's professional credits include WNBC, New York; host of the television show, Money$worth and the winner of six national journalism awards. She is the author of two bestselling books, "Silver Threads Among the Gold" and "Quiet Achiever”, the biography of Tan Sri Dr Tan Chin Tuan, one of the founding fathers of modern day Singapore.
Mike was the creator and show chairman of 1998’s Royal Dog Show and the President's Choice Invitational, and the creator of the Canadian Kennel Club’s charity show, The Purina National. She recently wrote the breed profiles for a detailed computer breed selector program which helps people choose the appropriate purebred dog for their individual lifestyle. She was recently featured in a national CBC Canadian television series “Over the Rainbow”, as a dog expert.
For several years Mike raced thoroughbred horses, and believes a knowledge of horses is vital for dog judges. Mike and her husband live on a 50 acre (20 hectare) property in Ontario, Canada with her beloved Dandie Dinmonts. 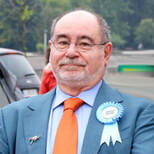 Salvatore Tripoli
Salvo had been a breeder of English Cocker Spaniel but he did have also few Great Danes and, now, he has only few top level Italian Bracco's; the most famous of his Italian Bracco's is multi CH Axel del Monte Alago, BIS in FCI World Dog Show 2006 and BIS in Eukanuba World Challenge 2009. His kennel name is "del Tavuliddaro". He became a judge when he was only 26 years old, in 1974. He was a member and vice-president of Central Board of Italian Breeders Club for Great Danes, also a member of the Central Board of the Italian Breeders Club of Spaniels, where he was Vice-President. Salvo was also teacher in some courses of cynotechny for aspiring judges. Salvo was writer and scientific consultant of "The Dog Great Encyclopedia" (five volumes of the biggest Italian publishing house De Agostini), during 20045 had been writer for "Quattro Zampe" (Four Legs) and from 2006 also writer for "Giornale di Sicilia" (Sicily's Newspaper). Salvo qualified as an FCI All Rounder. He has judged in Argentina, Australia, Austria, Belgium, Belarus, Brazil, Bulgaria, Ceka Republic, Chile, Cyprus, Denmark, Finland, Greece, Great Britain, Ireland, Israel, Latvia, Lithuania, Malta, Norway, New Zealand, Holland, Hungary, Poland, Portugal, Romania, Russia, San Marino Republic, Slovenia, Switzerland, South Africa, Spain, Sweden, Turkey, Uruguay and Venezuela. 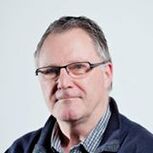 Wim Wellens
In 1977, I got involved in cynology after the purchase of an Epagneul Francais. With this breed I have shown, bred on a limited scale and participated in hunting dogs trials. In addition, I have always had an English cocker spaniel (solid colour and paritcolours) and in recent years, I also have a Cairn Terrier.
Between the 1980’s and 2015 I have been active in various boards. Of course in my own breed, the Dutch Club de Epagneul Francais, but also in the KC Geleen, the Dutch Spaniel Club, the Dutch Association of the Great Münsterländer, the West Highland White Terrier Club Netherlands, the Hunting Dog Show and at the moment I am still very Involved in the CACIB show in Maastricht. As a judge, my first breed was the English Springer Spaniel (nominated in 1993). At this moment, I am Group Judge for the FCI Groups 3, 4, 6, 7, 8 and 9 and some breeds of FCI Group 10. I have judged at national and international level in Europe and Australia.